Floyd Mayweather vs Manny Pacquiao was not quite the spectacle that the casual boxing fan was hoping for. It was more like a game of chess where Mayweather showed dominance in boxing ability that entertained the boxing purists.

Pacquiao struggled to get in range, and in particular could not connect with the right hand, landing only 18 jabs in the whole fight.

Therefore, it was no surprise when ‘Pacman’ revealed that he injured his shoulder during training camp. 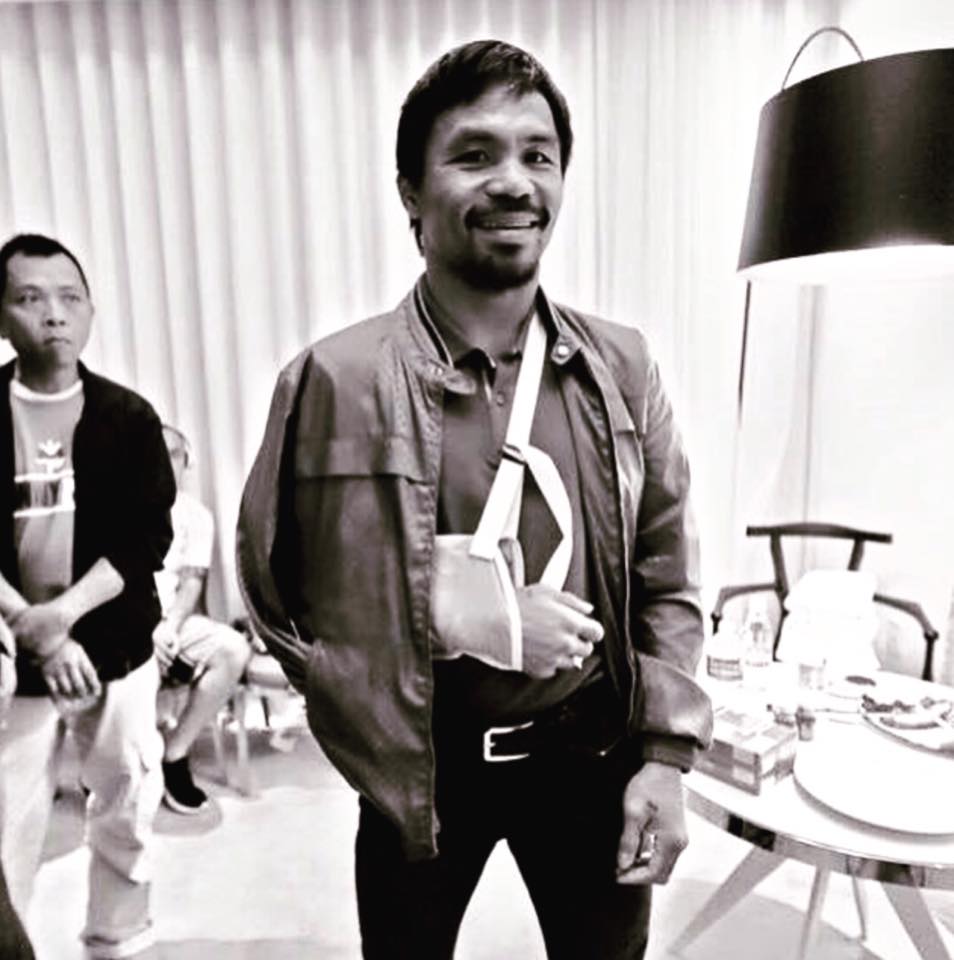 Could this had been prevented?

We cannot say the exact reason why the injury occurred, and injuries DO happen. No matter what ‘injury prevention’ methods you take, injuries cannot be prevented. However, we can reduce the likelihood of injury through strength training, mobility and appropriate periodisation.

This brings us on to something we discussed during the ‘Manny Pacquiao Training Camp Analysis‘ on the eve of the fight. We questioned the length of Manny’s training camp in the build up to his fight.

Manny Pacquiao stated that he doesn’t train for boxing between fights. So the fight for Mayweather got announced just nine weeks before May 2nd, and Pacquiao started camp just a few days later, meaning his training camp lasted just 8 weeks.

Periodisation of a typical training camp would consist of 3:1 volume loading pattern. Our Combat Conditioning 10-week packages often use this method so a boxer can safely increase training volume and ‘block’ training three times per camp.

An 8-week camp limits training volume, inhibits overload and recovery and therefore reduces the magnitude of adaptation and during the training camp.

In addition, the little recovery during an 8-week block could increase fatigue and the likelihood of injury.

With the short training camp, it is likely that Manny would have been playing catch up in the gym training as hard as possible for the biggest fight of his life. Therefore we question whether any recovery or de-load weeks were structured into his training camp.

From the outside looking in, we can only make probable assumptions to why Manny got injured in the build up to the fight. Nothing is ever certain and injuries are sometimes unavoidable, but there are certain processes that need to be in place to reduce the likelihood of injury so a boxer can fulfill his fighting potential.

Hope you enjoyed our #WeekOfTheCentury articles… check out all our Mayweather vs Pacquiao post’s from earlier in the week HERE.

To receive updates on when our articles are published and to download our FREE e-book ‘Punch Harder’, Click Here to become a subscriber