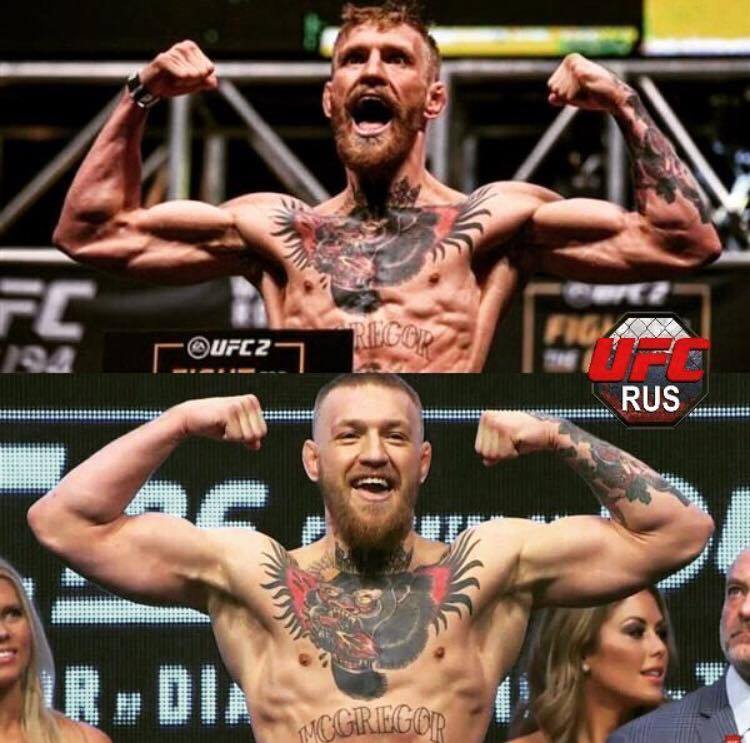 UFC superstar Conor McGregor suffered a humbling defeat at the weekend, losing to Nate Diaz via submission at UFC 196 in Las Vegas. A lot of the media attention focused on McGregor’s jump from featherweight to welterweight. A massive 25 lbs increase from his last fight in December 2015, in just 3 months!

Despite the defeat, his technical ability remains somewhat intact. He landed some crunching shots on his opponent for the majority of the fight, before seemingly ‘blowing out’ midway through the second round.

The 27-year-old has been humble in defeat but recognised that the extra body mass played a significant role in his defeat.

But what issues can a boxer or combat athlete face when moving up weight categories in a relatively short space of time?

In the fight, McGregor was more or less dominating his American foe for the first round. The tables turned mid-way through the second. Diaz caught ‘Notorious’ with a sweeping right hand and the fight started to slip away from McGregor.

McGregor looked to be physically exhausted, the forcefulness had gone from his punches, he was flat footed and his defence had disappeared.

It’s hard to say whether this was down to the shot that Diaz landed or a result of his fitness. Either way, the increased muscle mass won’t have helped in the situation.

Want to know how to PUNCH HARDER?

The increase in body mass and the change in technical demands (see below), whatever composition this was (amount and type of lean tissue, fat, water), would have increased his energy expenditure. He’d need more energy to move those slabs of meat.

In a sport like MMA, a large proportion of actions are forceful whole body movements requiring significant amounts of energy. This energy comes from short-term energy systems but predominantly the longer-term aerobic energy system that requires oxygen.

Now, he probably already has a good sized engine, but it would need to get a lot bigger to cope with these increased demands for energy.

We know that rapid adaptations occur in muscle within 2 to 3 weeks using sprint interval training – but these changes would unlikely be great enough to cope with the demands. Plus these adaptative signals for improved energy production would be competing with adaptive signals for muscle hypertrophy likely dampening responses for either one, the other, or both. This is assuming he’s performing effective sprint interval training.

Another way to deal with these increased demands is to change the amount of oxygen-rich blood delivered to the muscle tissue and returned the heart. We know that effective changes in the cardiovascular system take a minimum of 8 weeks. But again, even if the training response was optimal, the magnitude of these changes would unlikely be enough to cope with the increased energy demand.

Let’s work through an example:

We quantify aerobic capacity in litres of oxygen taken up by the active muscles and used each minute (VO2 in L/min).

We can compare this value between athletes if we divide by their body mass (VO2 in ml/kg/min).

Let’s say his aerobic capacity is 4 L/min. At featherweight, his relative oxygen uptake is 60 ml/kg/min.

Now, let’s say his aerobic capacity changes because of his increase in muscle mass to 4.2 L/min. At welterweight, his relative oxygen uptake  actually decreases to 54.5 ml/kg/min.

*This is an example at fight weight to illustrate our point, it’s not necessarily representative of what actually happened.

At the heavier weight, his engine is smaller, his ability to use oxygen for energy production is (relatively) less.

This means that he’ll need to rely on other energy sources – which, after time, make it much more difficult for muscle cells to do their job of producing force – manifesting in what we see as fatigue.

Did the increased muscle contribute to a harder punch?

A forceful punch is dependent of how much momentum you can create. This is how quickly we can move mass towards the target (e.g. Punching arm/fist to face). Heavyweights with fast hands hit so hard because they generate momentum.

However, if you increase mass, you’ll need to produce high rates of force development to make sure it moves just as quick.

With McGregor’s jump to welterweight being so sudden, it is unlikely that he would have enough time to develop muscles with the capability to generate force rapidly.

His technical ability meant that he was able to bust up Diaz, but his American foe was strong enough to take the shots and start to dominate proceedings in the second round.

Click Here to find out 3 ways to Gain Muscle AND Speed.

Nate Diaz was not only much heavier than McGregor’s previous opponents, but he’s also significantly taller and holds a longer reach. Diaz stands at 182 cm  and has a 193 cm  reach, whereas the average of McGregor’s former opponents was 170 cm stature and 175 cm reach.

This meant that a lot of McGregor’s shots were at the end range of the punch. We explained in ‘Science Behind Golovkin – Part 2’ that mid-range punches are the most effective as that’s the point in which you produce the most force.
The length-force relationship describes how much force a muscle can produce at different lengths, and there’s an optimal length at which force production is optimal. Muscle action can be limited if the muscle is stretched or at a short length.

If you connect with your opponent at the end range of a punch, you might still have hand speed. However, the muscle action may be limited when you stiffen up on impact (effective mass) due to the elbow locking out. Conversely, muscle activation is also reduced when you’re letting shots go at short range.

Not only was it difficult for McGregor maintain his hand speed and punch force, the reach advantage of Diaz made him throw a lot of shots from long range.

It’s likely that these punches weren’t doing as much damage against a bigger, stronger opponent – McGregor upped his intensity and effort by delivering harder punches.

This increased energy demands, which he wasn’t able to sustain through the preferred aerobic energy system and he started to fatigue.

McGregor has great technical ability, however, the 25 lbs increase in body mass made UFC 196 a real uphill battle for him.

We wish him well in recovery and look forward to him bouncing back soon.

Enjoy this article? Sign Up to hear more from Boxing Science

The Boxing Science ‘Accelerated Performance Series’ is BACK …… BIGGER and BETTER than ever before!

APS is a series of FREE weekly newsletters that will give you tips and guidance to help broaden your sport science knowledge to apply to your Boxing and Combat Sport programs. Take a look what we will cover…..